It’s been a while since we last made a post to our blog… a long while… So we’re going to catch you up on some of the most important things that have happened to us.

Don’t worry, we’re not going to waste your time on the small stuff. We just want to post a few pictures from the week we had visitors. Yes that is right, visitors! Angie’s mom and younger sister Abi came to stay with us. We were very excited to see them and visit with them. Angie was able to catch up on what is happening with the family and they got to see Isabella. We know that coming to see Isabella is the real reason they came which is fine with us. She is our favorite too! 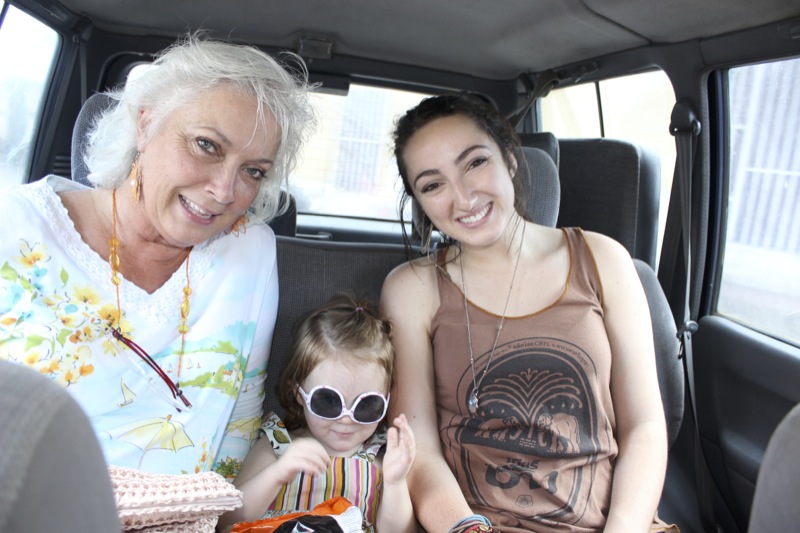 They got here late on a Thursday night to Managua. Friday we decided to show them Granada. Granada was the first city we stayed in when we first arrived in Nicaragua by bus from Costa Rica. Granada is well known for it’s beautifully (and brightly) colored buildings and colonial architecture. 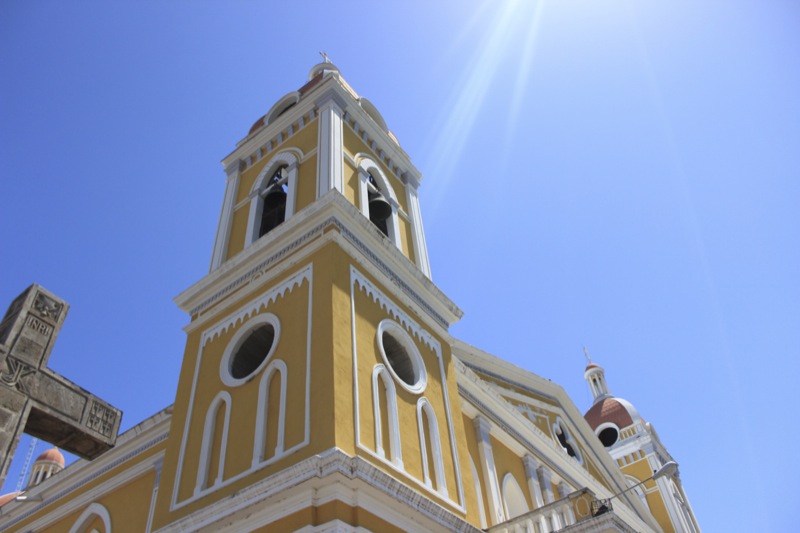 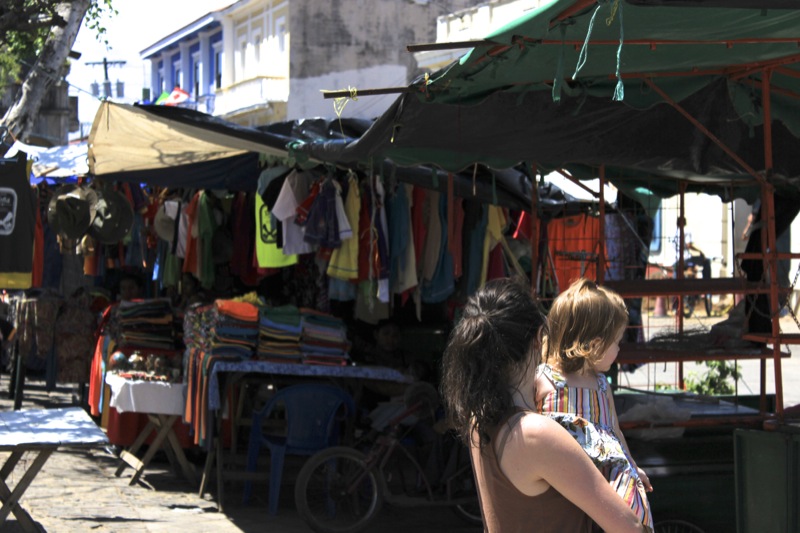 Abi was really good with Bella. I think Isabella really enjoyed having someone to play with other than mom and dad.

So while we were walking around the center and looking at the souvenirs in the artisan market I was able to work out a pretty good deal for a tour around the city. Not just any tour mind you… A horse drawn carriage tour. During our little tour we stopped off at the “Hot Dog Connection” (my new favorite place to go in Granada) and eventually made it out to Lake Nicaragua. We hopped on a small boat and took a tour out to see Las Isletas. 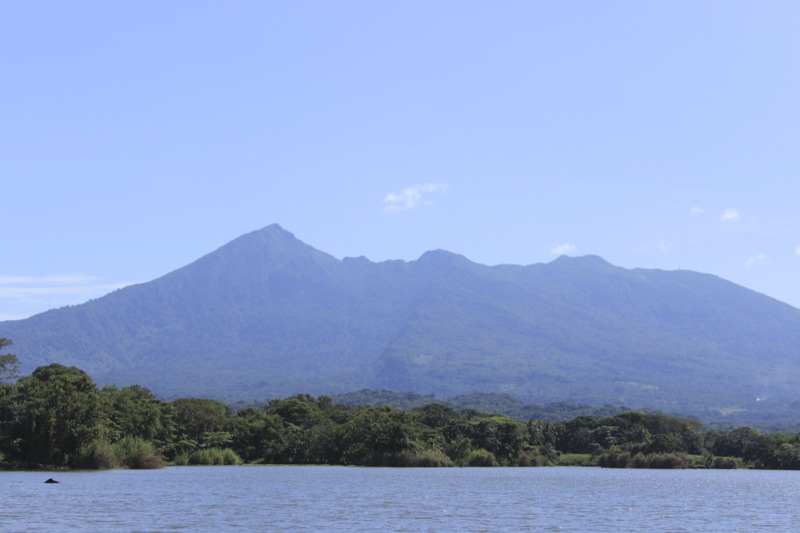 Many many years ago Volcano Mombacho (pictured above) erupted and in the process shot huge landmasses into Lake Nicaragua. These landmasses are now known as “Las Isletas” or the little islands. There are 365 tiny islands that constitute these little islands. Many actually have homes built on them. Most of the wealthy “famous” people in Nicaragua own their own island. Former presidents, wealthy businessmen, and other people from all over the world. 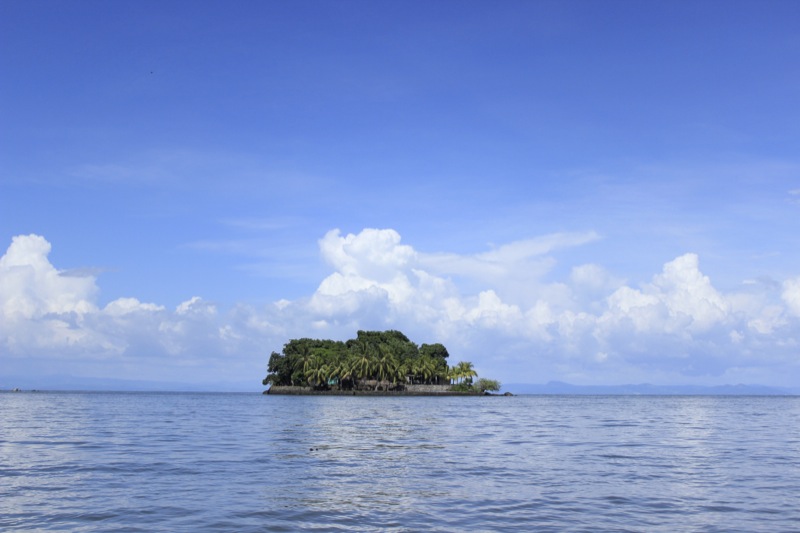 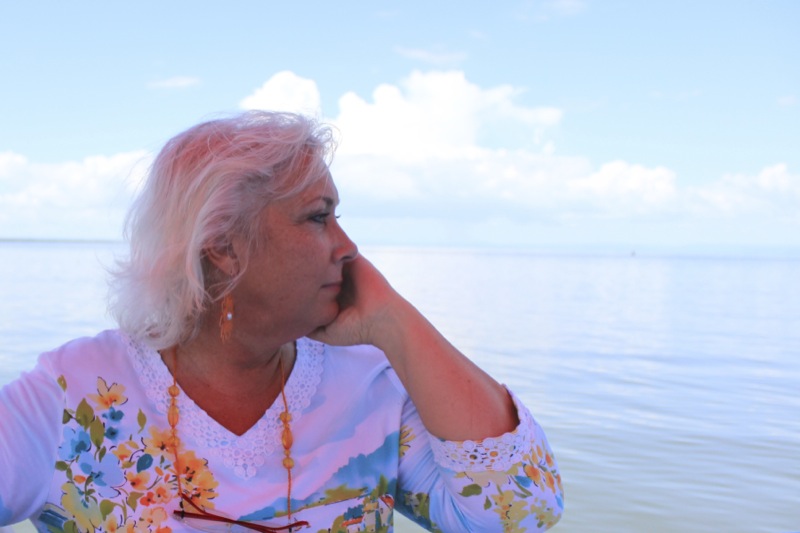 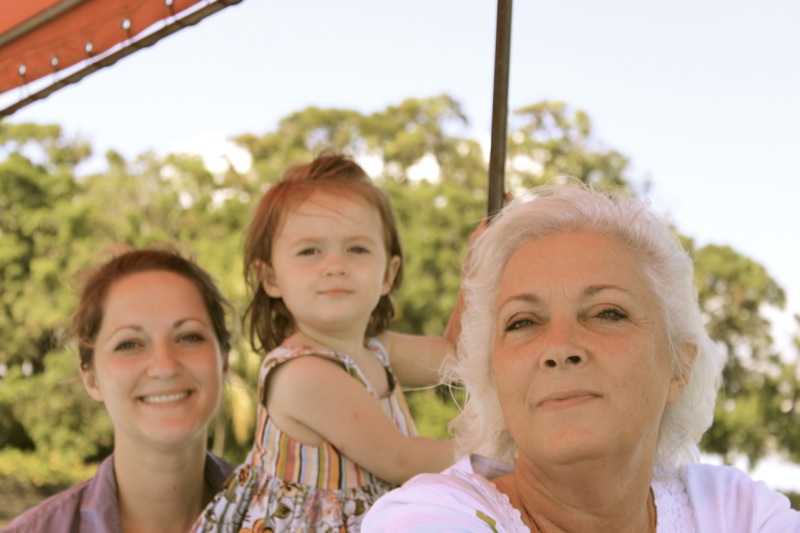 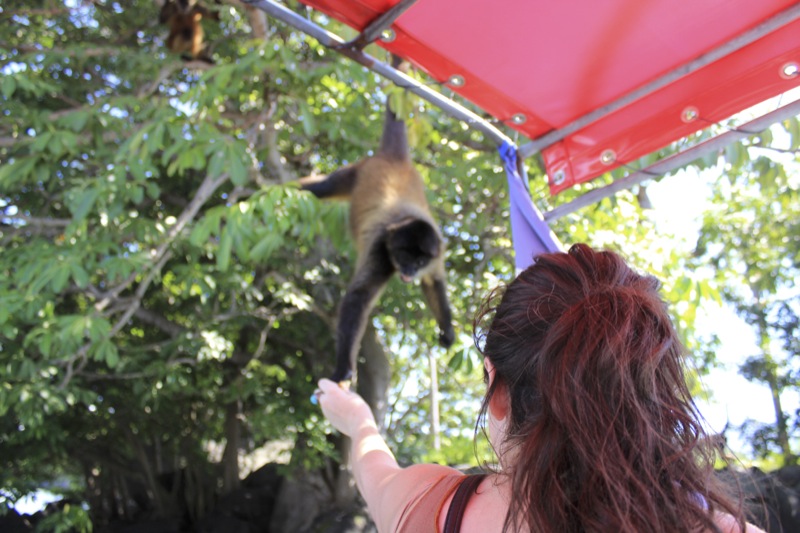 One of the American island residents brought four monkeys from Mombacho volcano to a nearby island. Years later and they’re still thriving on mangos and other food tourists bring them. “Monkey Island” was one of our favorite parts of this trip! 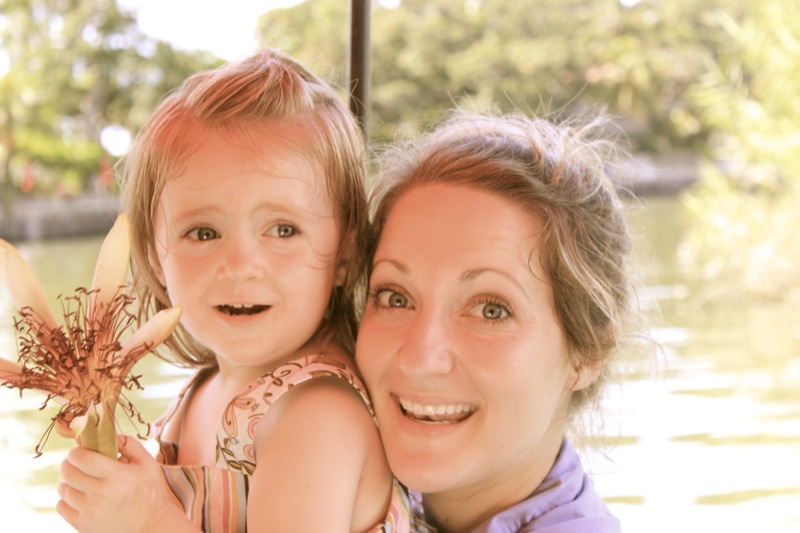 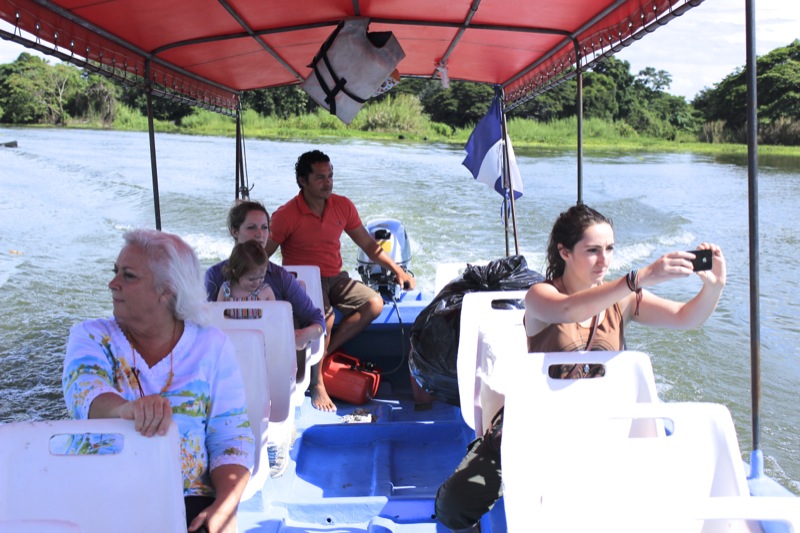 The next day we took a trip up to Volcano Masaya. Masaya is about 30 minutes away from Diriomo and has better shopping and activities. This volcano is unique because you can drive right to the top. There are two volcanos here. One active, and one inactive. So we drove right to the top of the active volcano and took a 20 minute hike to look down into the inactive one. 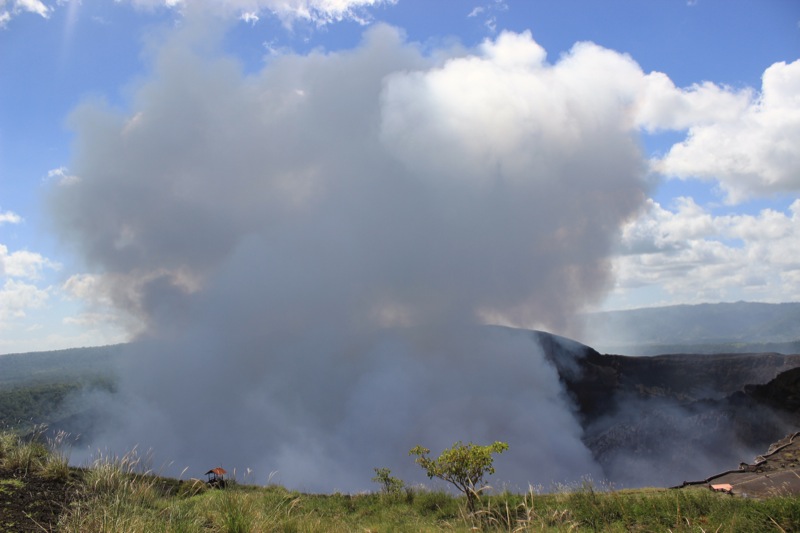 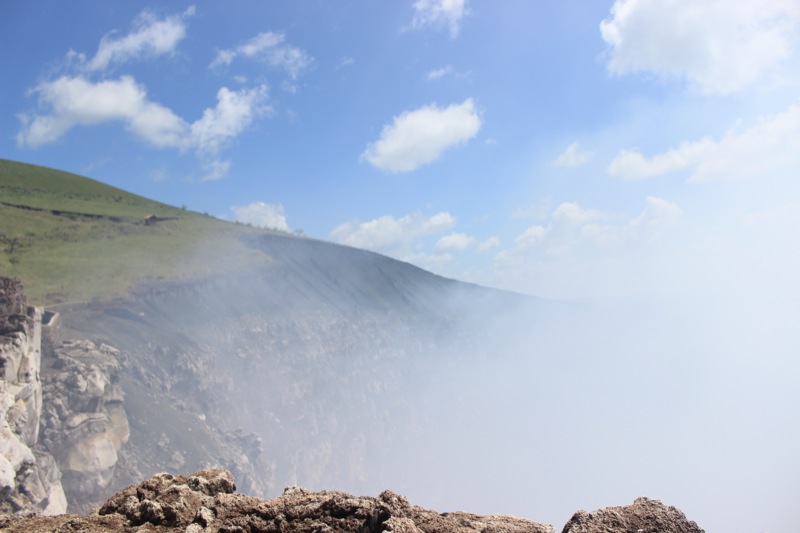 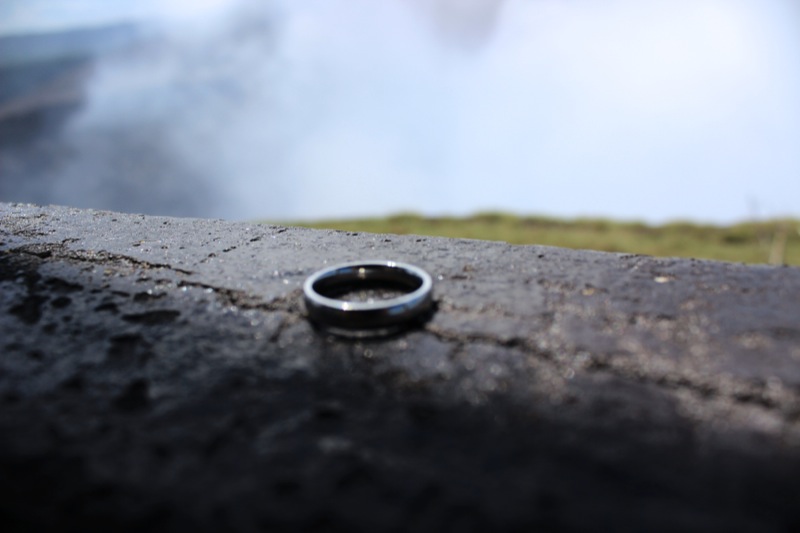 One ring forged in the fires of mount doom? Couldn’t resist… 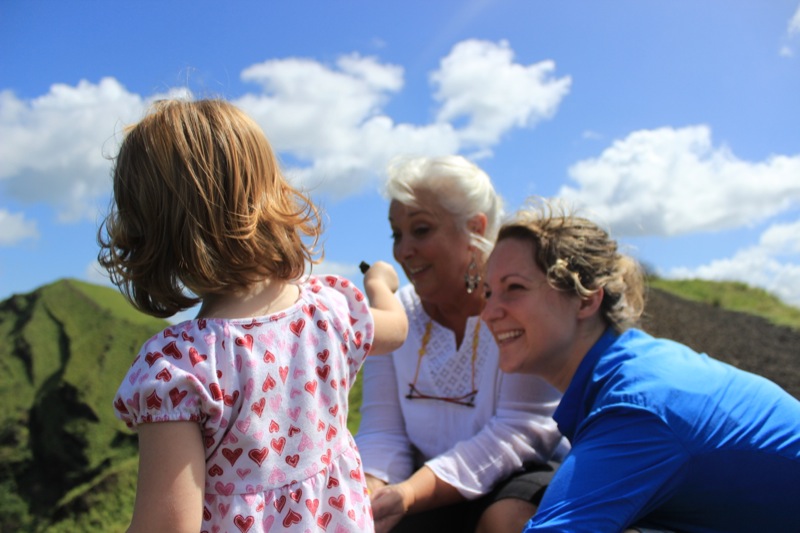 Bella’s got a good arm. She proved it by throwing rocks into the inactive volcano. We had fun watching her while Abi hiked the edge of the volcano. 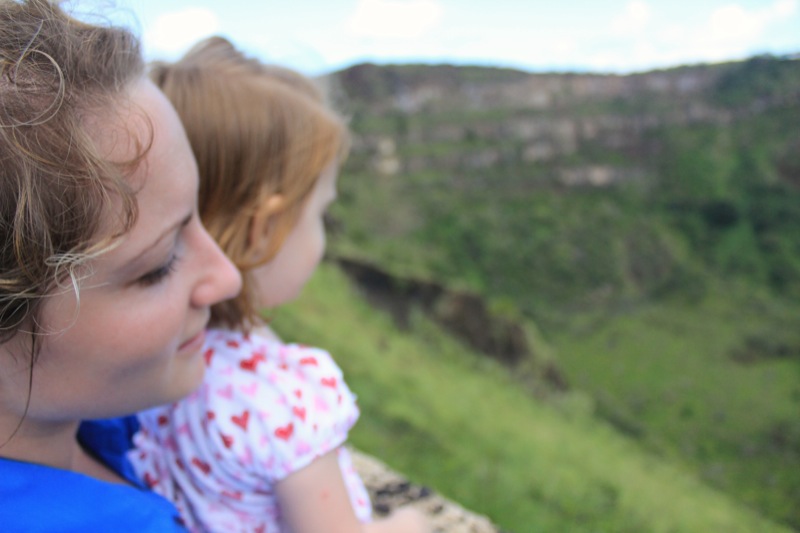 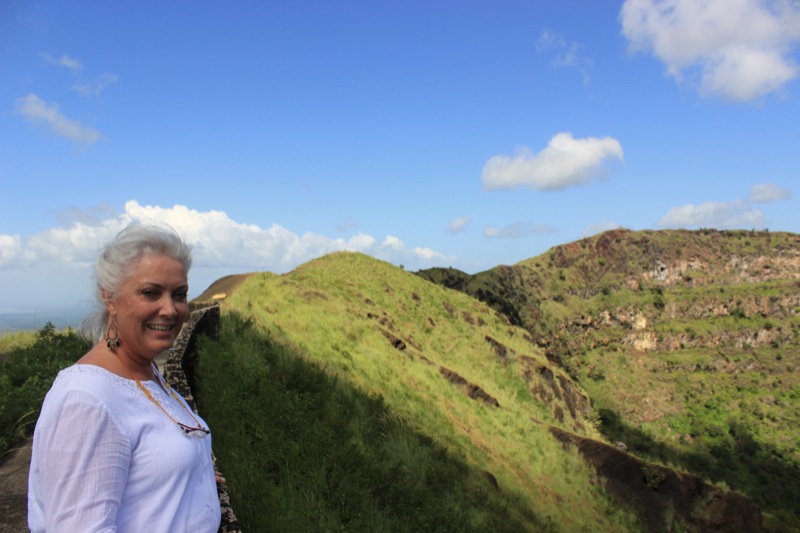 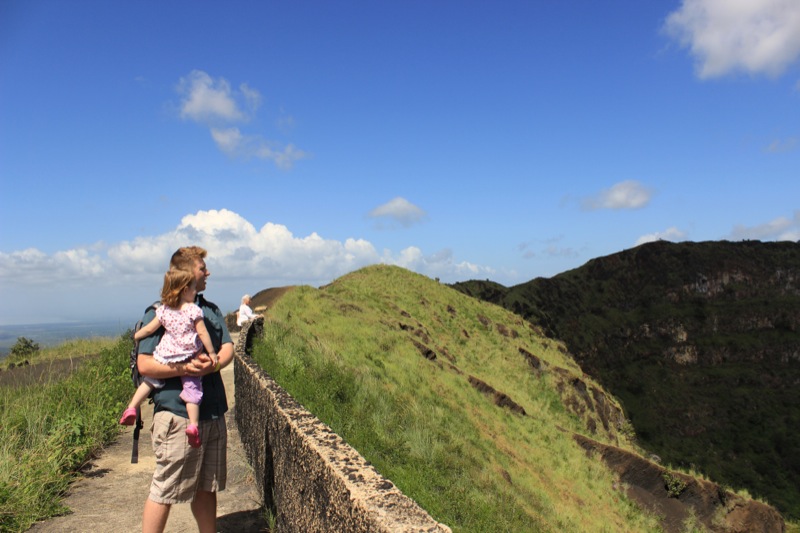 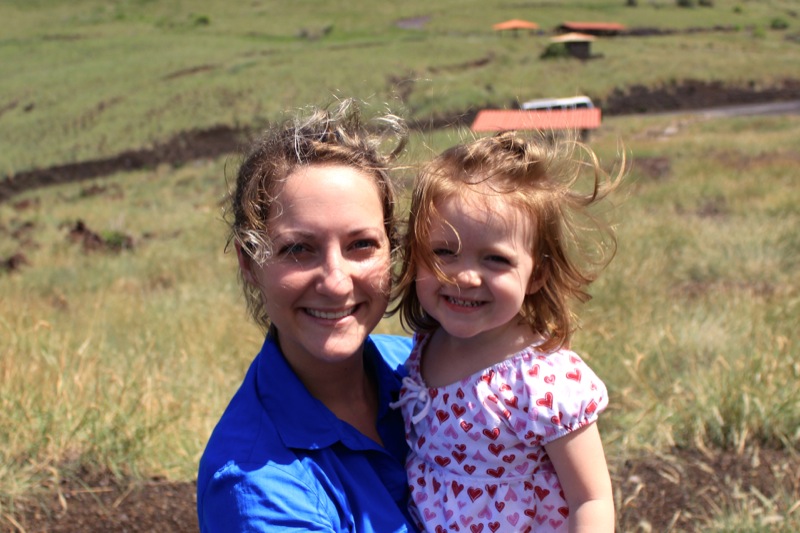 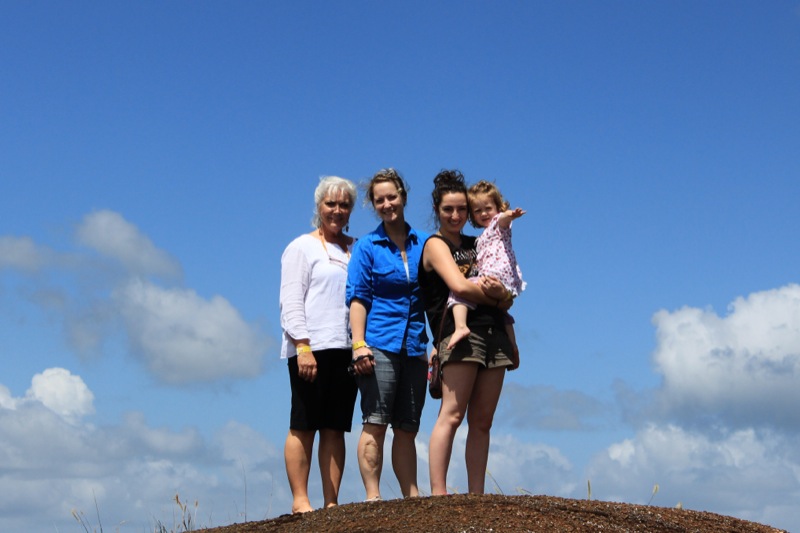 Of course we had to take a chicken bus ride to San Juan Del Sur. It took us about 3 hours to get there but I’m sure our guests will never forget the ride! We had to stand up almost the entire way there. If you ever want to get a taste of the true culture of a country, just travel like the natives. 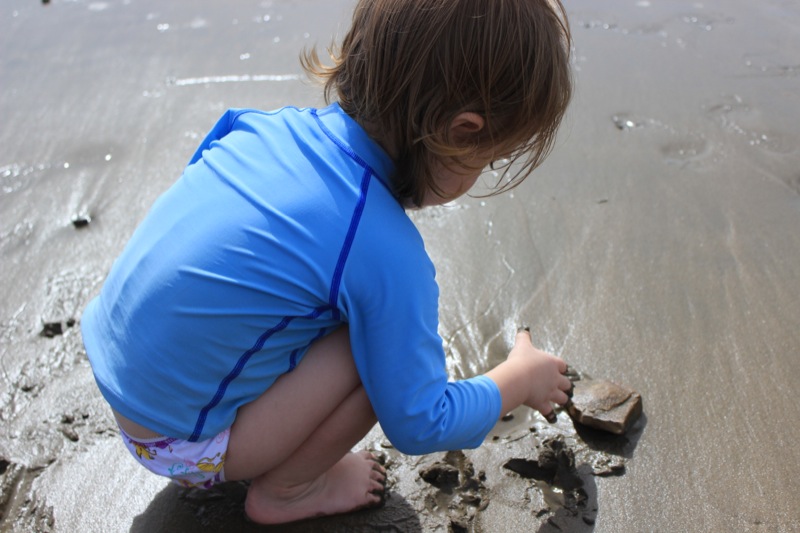 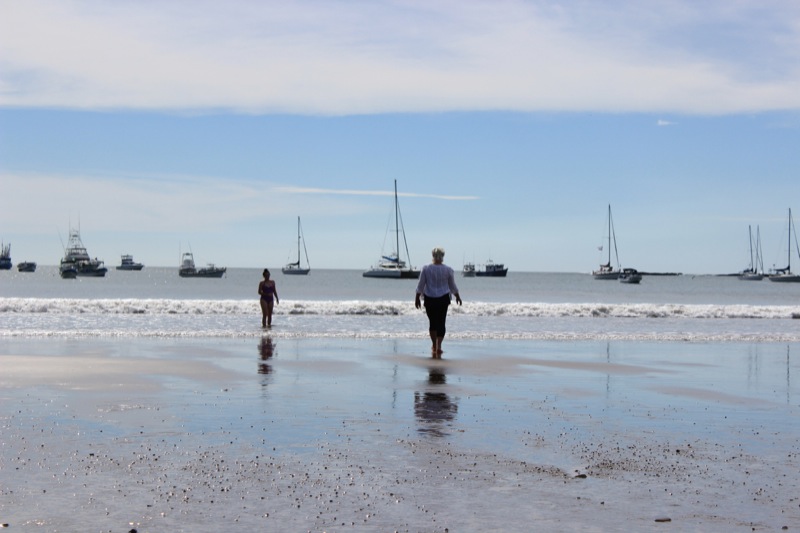 We had a great trip and are grateful for their visit! It gave us something to look forward to. And next month the Whitings are coming!